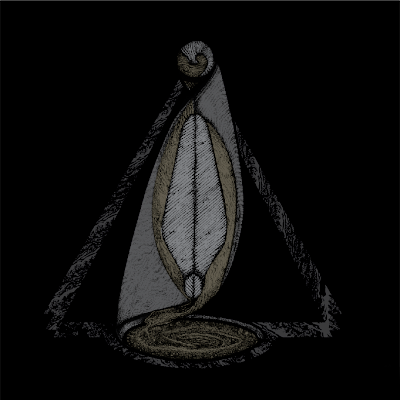 Without a doubt, grindcore can be a restrictive genre. Any genre could be I guess, but few more than grindcore as its pillars lay in short songs, a hybrid of punk and metal stylings and speed above all else. Some bands have successfully pushed the envelope, yet still retained enough of the zing that allows you to make the jump from Napalm Death to their sound. Examples aren't illusive, nor are they plentiful. Bands like Gridlink, Gride, and thedowngoing are just a few examples of successful innovation in the oft narrow minded world of grindcore. And while those acts are all great, few bands have the ability to become  unrecognizable or rather transcendent of genre;one such act being Greece's Dephosphorus.

Fully cognizant of all the tricks in the book, Dephosphorus need not look to the stars to realize how far ahead in the game they really are. Appetites were whetted with their splits with Wake and Great Falls, but neither can compare to the band's current pinnacle Night Sky Transform.

Foggy, dense, and ponderous, Night Sky Transform finds strength in nearly every facet possible. Songs are well constructed and diverse, from straight grinders like "Cold Omen" to a drawn out dirge like "The Fermi Paradox," Dephosphorus encompass so much in so little. This is the crux of their sound and what makes the album so enjoyable. "Starless" has an infectious groove that has made it my favorite track on the album. Needless to say, like any good album, each track retains a thread, yet reinforces and builds the stitch.


Strained vocals, audible at times, viral at others, compliment the superb guitars well as they highlight the emphasis's and scatter great lyrics like Orthodox incense. Shrouded in references and obscurities, lyrics often hint at grounded issues such as issues of authority or god, but other, more lofty ones such as our place in the Universe and the possibilities of other life and what forces propel us. Thankfully,  the band never comes off pretentious  but rather alluring like a modern Lovecraftian wonder in all things starry and untouchable.

As the album fades, the words "all hail Aurora" are chanted, maybe implying the Roman goddess who brought dawn to the world. Thought of this way, Night Sky Transform plays to change and creation and effectively ushers in one of the most original, powerful and simply awesome sounds in music today.

i'm still processing this one, but it didn't immediately grab me the way axiom did. it's a pretty good album and it's growing on me, but i don't have that same instant connection to it.i think it needs just a tad more oomph to it.

Funny Andrew, we seem to always think opposite as of late. Axiom didn't do much for me, this on the other hand really blew me away.

I eagerly await your review though, I'm sure it'll spark another 13 listens or so.

I really like both but for me it was easier to ge into Night sky transform, maybe because it's more diverse.

I asked them a few questions and here's what the guys had to say about Night sky transform :
http://theblastingdays.blogspot.fr/2012/08/dephosphorus-night-sky-transform-many.html