duuuuuuuurr. another list. This year I've decided to not look up anything I might've missed, or forced myself to find new things. I'm going with what's come to be, and what I've found. Keep in mind, this is my full length list. An ep/ split/ single/ demo/ whatever list will follow soon. Unknowingly naming this "the end time" last year might be a little too true for you wackos out there in regards to this year. 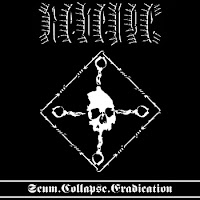 A hate crime rolled into an album, Scum. Collapse. Eradication lacks any kind of understanding, compassion, or sympathy. If you've heard a Revenge album before, you've heard 'em all, but don't let that stop you as J. Reed and co-conspirator Vermin have added a nice dose of guitar solos, groove a'la Archgoat, and more vocal pitch shifting than you can shake your spiked leather arm at. A nice (ugly) reprieve from some of the more "arty" black metal. 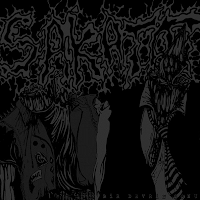 I was really looking forward to this Turkish trio's full length. Unfortunately, like all the cool bands, they've called a quits following the release of this excellent album. A bit short for my liking, Bir Devrin Sonu is an exceptionally great grind album that's fresh sounding in its varied style, dynamic vocals and impressive riff catalog and great production. P//S Review (Unfortunately my stupid analysis of the album's name is even more stupid as the band's done). Listen here 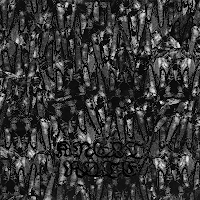 
I've been waiting awhile for a good mixture of black metal and grindcore and I think Knelt Rote do it near perfect. Sure, it's a heavier helping of death metal rather than black, but Knelt Rote incorporate the super stale sound of bands like Blasphemy and mix it with harsh noise and elements of grindcore and above all else precision to create a brutal onslaught. Ugly, bestial, and overtly harsh Trespass is solely the product of hate. 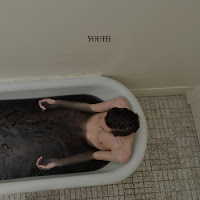 Wreck and Reference craft a dark emotional sound that implements everything from industrial and post-punk to black metal and drone. What I liked most about Youth was its ability to be everything at once; harsh, beautiful, scary, and calm. P//S Review 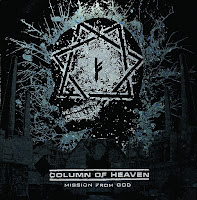 Column of Heaven - Mission From God

Mission From God doesn't strike me as powerfully as their demo Ecstatically Embracing all that we Habitually Suppress, but it's still pretty fuggin' good. Beyond that Mission from God is a unique effort as every aspect is intriguing and uncomfortable as it's a mash of grindcore, power electronics, bits of death metal and a huge dose of atmosphere. Lyrics, artwork, and of course the music make Mission From God one of the most suffocating things this year. P//S Review 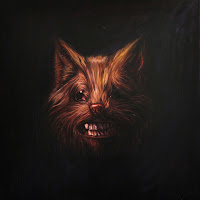 Recently I was redoing my iTunes and was trying to figure out how to categorize all my Swans. I ended up simply tagging their genre as "Swans." I bring it up because what else can I say about this album besides it's Swans? The thing is IMMENSE and absolutely absorbing. Maybe the only band that's been around 30+ years and is running just as strong. Listen here 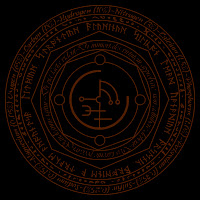 Dozer tread like guitars, blazing .30 cal drums and thundering vocals pulsate through Cellgraft's first and final full length Cellgraft. Dangerously infectious and monumental in its beginning, Cellgraft is as heavy as as it is viral. Few grindcore bands understand that perfect mixture of riffage, dynamic vocal delivery and rhythmic manipulation and can wrap it all up with a completely devastatingly low end production like Cellgraft did. P//S Review 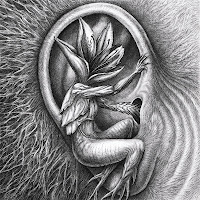 Get it out of your head that one man dulcimer/drum act Botanist is a gimmick; it's not. III: Doom in Bloom is a fitting title as things have slowed down this time and are much more meditative. I like this approach much more and find the harmonies and drum patterns so engrossing. Botanist might be the only metal band I know of to not have guitars and be completely acoustic (and really good too). It comes with a second disc of drum tracks provided by Botanist for other bands to use. Frankly I haven't really bothered with this and pretend it's not part of the release. 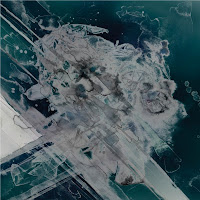 At first I was so-so about III. The first track might be the weakest one, but the second track's 90's alt-rock vibe and build ups really got me going. Much more dynamic than II and really powerful sounding, Bosse-De- Nage continue to expand upon their unique brand of post-black alt rock whatever-whatever black metal. P//S Review 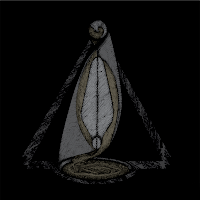 Whoa baby. While everyone's been oo'ing and ah'ing over last year's Axiom it wasn't until Night Sky Transform that I became absolutely OBSESSED with this band. Grindcore without any boundaries, Night Sky Transform showcases immense songwriting, great lyrics, and an awesome mood. P//S Review

Can't agree with you about Cellgraft - I like my grind punkier - but the rest seems solid. No mention of Fukpig though?

Nice and original List. Glad to see you didn't go with the flow... if you know what i mean.

@Persona- I agree to an extent. I love their mixture of riffing and grindcore/hardcore's penchant for rhythm changes and time.

@Haxan Thanks. I shoulda just done-

Excellent diverse list. Thanks for not including Converge, Baroness, High on Fire, etc. etc. etc.

This has a surprising number in common with my LPs list--at least half of them made mine, and a couple of your honorable mentions did,too. Oh gawd that Wreck and Reference is GOOD. What a weird, amazing album.

I just can't believe how much I haven't heard this year.