2011 has come and gone and from a musical standpoint I think we were quite lucky to have lived through it. Where there was so much to look forward to this year, I found myself very disappointed in what I had deemed future greats (Leviathan's True Traitor, True Whore to name just one), humbled with what I had known to be great (Grindlink's Orphan) and genuinely happy to see the other side of the coin (Wormrot's Dirge). Now, my jibberjabber aside, I've taken a  great deal of time to put the following list together, so much so, I'm sure you're all sick of reading "best ofs;" but please, give me the time of day and I promise to make 2012 a special year for you, and you alone.

Without further palaver, here's my favorite full length releases of 2011. 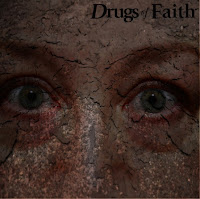 Corroded's a heart on sleeve effort with such a strong affinity for tempo and rhythm that I can't help but shout its praises. Firmly entrenched in the mid-tempo slop of the best/most prominent bass of the year, the band uses this feeling to centralize the whole effort and slowly build upon it throughout the album. Main man Richard Johnson's clear (not clean), yet virulent vocal delivery is a highlight as the lyrics are some of the most well written, honest, and powerful in the realm of hardcore. Self proclaimed "grind n'roll" is a win.

Gride are possibly one of the most interesting grindcore bands around, regardless if their previous efforts sounded like this (to my knowledge they hadn't sounded like this) Gride do their best to make the most acceptable curve-balls and freakouts around. Záškuby chaosu highlights this for sure as the band hemorrhages massive amounts of ideas in only 27 minutes and 54 seconds, doing their best to channel fellow countrymen !T.O.O.H.! yet thrash and grind harder then you'd expect from the opening noodle of a track. Gride are pushing the boundaries here and it'll only get more exciting to see where they end up.

6. Looking For an Answer - Eterno Treblinka 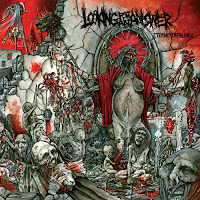 Where Gride might be rewriting the rules, Spain's Looking For an Answer are there to enforce the deathgrind rites that have been firmly established and treasured in Spain since Machetazo first threw down. Eterno Treblinka's sound is a tremendous throat-fuck of grindcore that's rited  in the muck of mid-nineties death metal and with the flavor of what you'd come to expect from Spanish grindcore (if I can write "throat-fuck," I can make up "rited"). Seconds over 30 minutes long, Eterno Treblinka is full of delicious Repulsion like mid-tempo efforts and scathing fast sections that make Carcass look like chumps. If I didn't already appreciate this scene enough, Looking For an Answer have solidified Spain as ground-zero of filthy, disgusting, grindcore; y'know, the way Matt Olivio would have it. 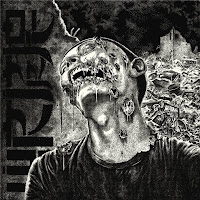 I've finally come around to this band and I have Dirge to thank for that. Wormrot's return isn't marked with some ho-hum technical space trip,or rehashed effort, instead they've made things meatier, thrashier, and more rhythmically inclined. With their locks in socks, Wormrot's demeanor is a total ass kicking of a record based in split second shifts in momentum and speed, owing much more to stop n'go acts of the power violence realm rather than where they treaded before with traditional grindcore. "Spot a Pathetic" dripping into "Evolved into Nothing" is the highlight of the album for me as it forces you to do your best spinkick and break something. Overall, Wormrot's more organic approach, better distributed vocals and leanings towards power violence has made this not only better than Abuse, but one of my favorite grind releases in recent memory. For those who see this as a downgrade it's just "Fucking Fierce So What?" 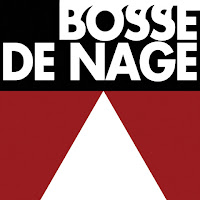 I keep seeing people calling this band weird, or post black metal. If you really had to pigeon hole this San Fransico act, I'd put it in the realm of depressive black metal much like oldies Strid and Diaboli and reformers Nyktalgia, and okay, a hint of stuff like Liturgy. Regardless, Bosse-De-Nage play a simple repetitive style of black metal with harrowing vocals that are as sublime as they are unsettling. Some of the weirdness might come from the vignette-like lyrics and song titles and obvious influences from French Surrealists/Absurdists. Thanks to a robust, yet honest production Bosse-De-Nage complete a modern day reproach to emotive black metal in which the insane vocals and simple, catchy guitars are key.

3. Ulcerate - The Destroyers of All 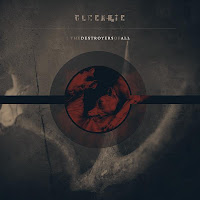 If Neruosis wanted to play death metal, I think they wouldn't bother as Ulcerate's already taken care of that for them. While I don't like comparisons all that much (such as the one I just made), I think here it gives you, the reader, a clear idea of what to expect, but is also a huge honor to these New Zealanders. The music is a technical eddy of textures and emotions. The band employs just enough dissonance and atonality to a brew of comprehensible sound that's as jarring as it is enthralling. Few bands can do what they've done and fewer can make me like it. 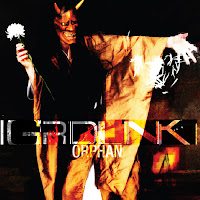 The quality just continues as Chang, and his superhuman team of androids blast through a Sears catalog worth of brilliant riffs and technical fits in musicianship. Thankfully Chang's lower register is back which just builds upon the already great effort that was Amber Grey. Taking songs that would've been 5 minutes for other bands, Matsubara and Procopio, create a whirlwind of thrashy technical riffs that also contain melody and cram them into pockets of space around only a minute long. Music for the attention challenged, Orphan blisters with with supreme craftsmanship and an adept understanding of quantity. 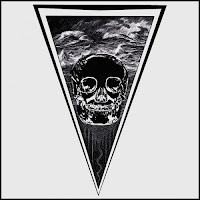 Organic and verdant surges clouded in tendril like wisps of simplistic and building riffs create a dense and atmospheric sound that's unmatched. While there's a slew of other black metal acts to compare Ash Borer to, none possess the same skill at creating long, winding tracks that are full of momentum and melodic energy. Powerful and immersive, this is the kind of stuff that transcends every day listening; Ash Borer are a clear cut 1.
at 2:11 PM

kick ass list. i'd quibble on some ordering and don't know enough to dispute your black metal acumen, but 2011 was very kind to all of us. here's hoping 2012 doesn't suck like 2010.

also, had no clue gride were still together.

There was just so much this year, especially for black metal, half of it being from the states. Last year was a real stinker, but they can't all be good.

I was surprised about the Gride album too; out of left field.

Props to you for placin Orphan on your list man. The most underrated album of '11.